A project by: Sam Stockbridge 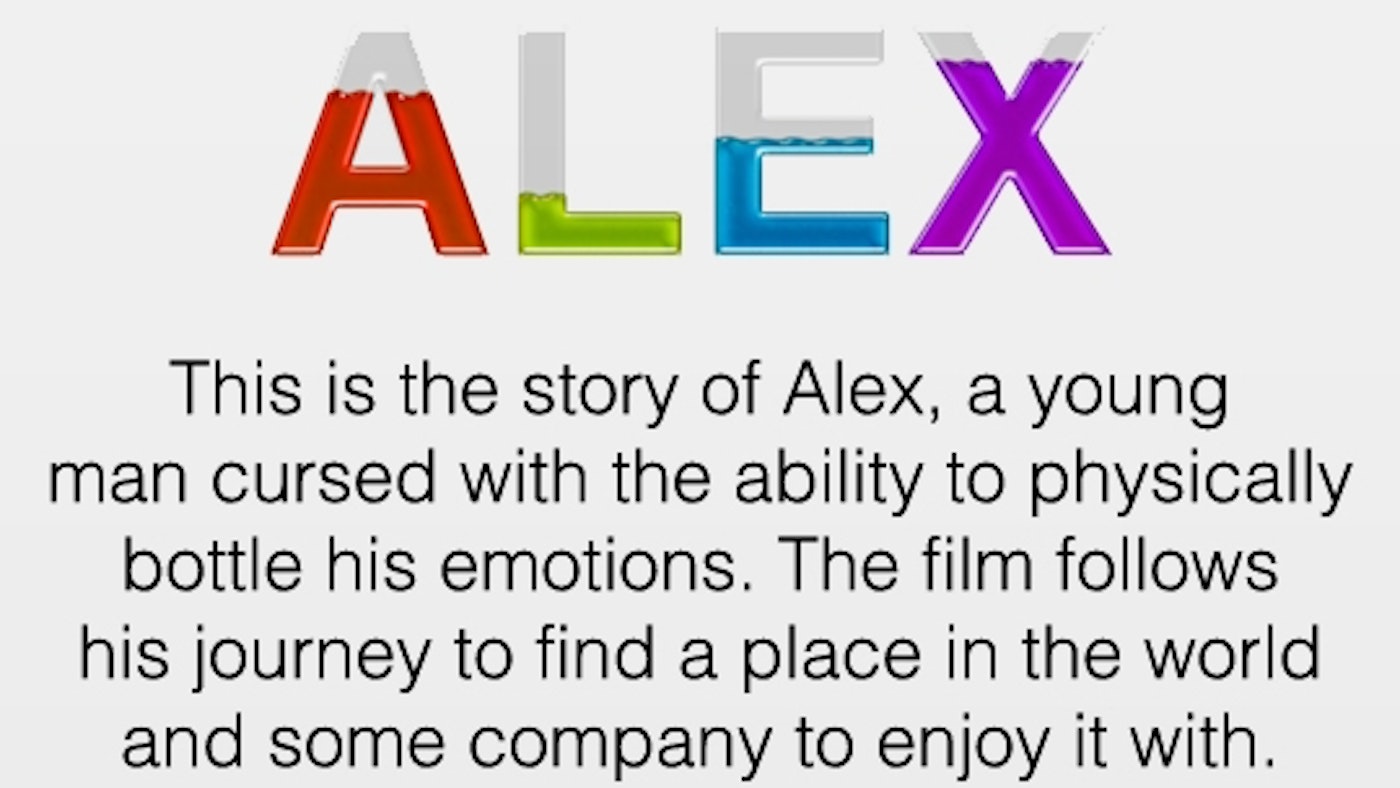 I'm raising money to fund my short film project, titled 'Alex'. This is the story of Alex, a young man cursed with the ability to physically bottle his emotions. The film follows his journey to find a place in the world and some company to enjoy it with. The film will be shot in March and finished by May to hopefully begin it's journey to short film festivals.

I'm Sam, a second year Film and Television student at the University of York. I have a strong passion for film that begun with the first animations when I was 11. Since then, the projects have got more complex but my love for film has only got stronger. I am writing, directing and producing this short.

What is the film about?

This quirky little story will be great fun to make and hopefully even more to watch. It is the longest film I have made so far and having taken this idea from thought to actual film I want to make it as good as I can. We have a great team who are raring to make this short film but we need your help to take the idea we have and put it on the screen.

This film follows a cursed and emotionally stunted man who craves to experience life like everyone else. When he encounters Evie she has everything he does not. She has passion, expression and most importantly is in touch with her emotions. Evie is everything Alex wants but will he be able to express that feeling?

The story will be told with a friendly rhyming narrative voice over and beautifully underscored with original music.

What we need money for

The minimum amount of funding with cover the costs of making this film and anything above that will be spent on embellishing the visuals on screen to really create the world as Alex sees it.

The cool incentives to donating

There are a couple of rewards for helping us out, from a credit in the film to a prop we used as a souvenir! Check these out on the right.

If you can't donate then please give the website a share to anyone who may be interested, the more who know about this the bigger the help.

Give what you can, no amount is too small. Everything is appreciated!

'Alex' - Short Drama Film
Your message has been sent.