A project by: University of York

York Festival of Ideas would like to extend a heartfelt thank you to those of you who have supported the Festival by making a donation.

We are touched that you have chosen to support us in this way and that so many of you have enjoyed attending the Festival and engaging in our programme. The Festival is made possible by each and every one of our supporters, donors, attendees and partners.

Early calculations show that the 2021 York Festival of Ideas reached more people than ever before. With a programme of over 200 events and over 58,000 attendees from 146 different countries across the globe, we were delighted that 98% of respondents to our feedback survey said that they would recommend the Festival to a friend.

This year we were able to work with over 105 partners including local organisations such as York Museum’s Trust and the National Centre for Early Music as well as International partners including Jaipur Literature Festival and the French Embassy in the UK.

We are confident that the Festival will continue to go from strength-to-strength and we thank you again for your support. 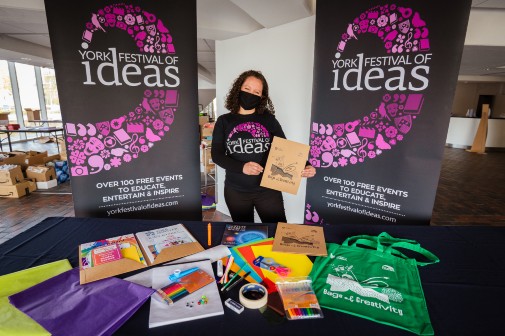 York Festival of Ideas has unveiled an ambitious initiative that aims to unlock the creative potential of 2,000 local primary schoolchildren.

Working with REACH – the York Cultural Education Partnership - the Bags of Creativity project is helping to make the Festival’s events and activities more accessible to a wider local audience.

York Festival of Ideas has worked with 20 local partners to develop and produce Bags of Creativity packed with a range of creative resources. Working with City of York Council, the University of York has distributed bags to every York primary school who will hand them out this week to pupils in receipt of free school meals – more than 2,000 children across 51 schools. 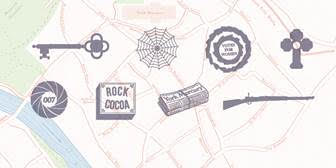 To mark its 10th anniversary, the Festival has also established Trailblazing York, a walking trail for all ages in the heart of York. It showcases ten of the city’s most inspirational pioneers. The Trailblazers either bucked the social norms of the day or, through an invention or innovation, created new paths for others to follow.

Simply follow the map Trailblazing York map and look out for the Trailblazing York signs, making a note of each trailblazer’s name. And as a special reward for tracking down all 10 trailblazers, we’re offering a chance to win a £40 Bettys or High Street Voucher. (Details of how to enter here.)

To see the full festival programme and to book tickets visit yorkfestivalofideas.com.

York Festival of Ideas
Your message has been sent.

Thank you, your report has been sent.
York Festival of Ideas